By Rusty Barnes November 13, 2012
I heard about this on a poetry listserv from one his close friends.  It doesn't seem to have hit the mainstream media yet. This is a fairly recent article by John Penner celebrating the collected poems. It's a sad damned day for me. 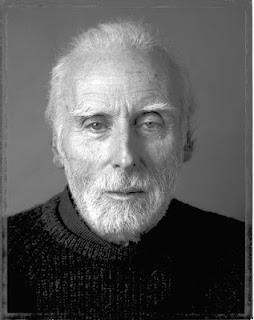 BERKELEY — In a spacious, humane skilled-nursing home, a man sits with his elderly neighbors arrayed in their wheelchairs as Louis Armstrong and Ella Fitzgerald sing. Several guests arrive to see the man, and after the last note of "Cheek to Cheek," one of them takes up a microphone and reads a poem.
The reader, startled by a resident's pained moans of distress, stumbles over a word or two of "Looking at Pittsburgh From Paris." He finishes, and the man brightens in his chair and points at his heart, mouthing to a visitor holding his arm, "Me?"
Yes, Jack Gilbert. That's yours.
The poet is 87 and small in his wheelchair, mostly unable to talk, his brain diminished by disease. He is dying. But as for anyone with Alzheimer's or its variants, the end has not come quickly. It is a long receding. More.