By Rusty Barnes May 16, 2017
That night anything could have happened. It’s not often that you hear the blast of explosives in a place where children are sleeping. Either a bomb was planted or someone blew himself up. The cops are at the door right now looking for him. People should be concerned over what will disappear next. It’s like you’ve lost your car keys at night in your backyard and you’re searching for them through a toilet paper roll with a flashlight.


*
br> The open eye is very human. I saw swarms of people running away and my first reaction was “gun,” so I ran, too. The important thing was to go into another world. I would be a lot less afraid if I just knew what it was called. The scariest are the ones that stop right behind your heart.

Buildings are always crime scenes. The dress code is trench coats and fedoras. I heard him load his gun. And then I saw his gun was black. I’m going to leave flowers at the place where it happened. There was blood everywhere, and a sound like flies buzzing against the glass. Everybody was crying—should I join them? It was hard to hold back those tears. 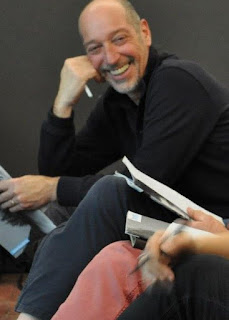 Howie Good, a journalism professor at SUNY New Paltz, is the author of The Loser's Guide to Street Fighting, winner of the 2017 Lorien Prize from ThoughtCrime Press, and Dangerous Acts Starring Unstable Elements, winner of the 2015 Press Americana Prize for Poetry. He co-edits White Knuckle Press with Dale Wisely.