By Heather Sullivan January 24, 2020
arriving at work
to the homeless man who smells like urine

black suitcase
black duffle bag at his side

his face ghostly and pale
his lips white with kidney failure

sometimes there is a beer bottle or two at his side

arriving at work
to the homeless man who smells like urine

and i wait for something better
that will never come. 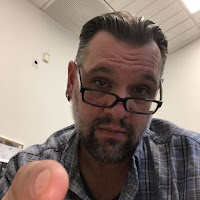