I think of you tonight, my Beats

I think of you tonight, my Beats,

and I am grateful.

I walked the narrow lanes of

felt at home. There were men

and women in the flowerbeds,

their heads full of theorems

and poems. There were

teachers who could lift their

own weight in prose.

I was lonely. I was too loose.

I was a lad from the faraway

country of Smarting. But I had you

as so many before me. I had

you and I knew secret things.

And now I want to say: I love you.

If Allen Ginsberg did not exist

it would be necessary to invent him. 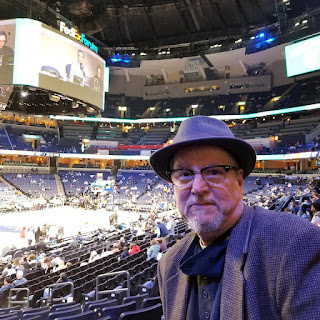 COREY MESLER has been published in numerous anthologies and journals including Poetry, Gargoyle, Five Points, Good Poems American Places, and New Stories from the South. He has published over 25 books of fiction and poetry. His newest novel, The Diminishment of Charlie Cain, is from Livingston Press. He also wrote the screenplay for We Go On, which won The Memphis Film Prize in 2017. With his wife he runs Burke’s Book Store (est. 1875) in Memphis.