By Heather Sullivan July 31, 2020
The Inconsiderate

On a dirt road threading out of Port-au-Prince
A man discarded alongside the ditch
By thugs, former Tonton Macoute,
Laid flat with machete hacks
Bits of bone and brain fan out from the wound
Blood seeping into the dry, dusty ground.

Our squad arrives securing the scene,
Interviewing witnesses and recording the crime
Two MPs stoop by the corpse, and strike a pose
A souvenir picture is snapped while nearby
Cordoned off with onlookers, a woman cries.

Étienne, our assigned interpreter, tells the GIs
The weeping woman is mother to the deceased
But they do not flinch—it is lost on them
How they are treating her son’s remains
Like the trophy hunters of some big game.

Years on, these soldiers would be dead too,
But that day in Haiti, it was going well for them. 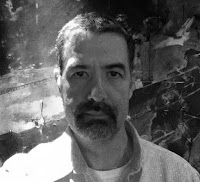 David Cranmer is the editor of the BEAT to a PULP webzine and whose own body of work has appeared in such diverse publications as The Five-Two: Crime Poetry Weekly, Needle: A Magazine of Noir, LitReactor, Macmillan’s Criminal Element, and Chicken Soup for the Soul. He's a dedicated Whovian who enjoys jazz and backgammon. He can be found physically in scenic upstate New York where he lives with his wife and daughter, and he can be found virtually on Twitter @BEATtoaPULP.