An office as tenuous

as fog. Someone unpaid

except in their own youth mans

the phone, the computer.

though the latter is total.

Even the word “client” marks

in deep time, a failure of

Lawyers have clients, but law here

is the opponent in a perpetual

or barely verbal on

the phone, who is bleeding

(“from wherever”), evicted, hungry,

to be killed for “honor,”

guilty since birth, a client?

Doctors at least have patients,

but how to diagnose

one who calls without power

while the one who answers

has no power but answering?

I who don’t belong here, tired

and am immature enough

to imagine an armed, confident

man. But all I found,

all anyone can find

are mice in the granary of suffering,

and the advice of Lenin

is an affair of clerks and accountants. 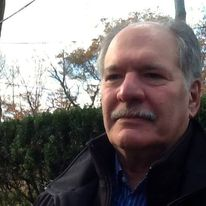