Two days after my father died, somewhere in Center Township,

we pulled off the interstate to get closer to the waterway

whose name for years I held between my teeth

Connoquenessing means for a long way straight. The creek

twists and curls and crawls from the Beaver River

through the Oneida Valley Reservoir then back to

Train tracks hemmed the creek where we stood, a nest

of rusted railroad spikes at our feet. Connoquenessing means

for a long way straight. The current flowed without shame. Cars

passed over the nearby bridge. The late afternoon light hung

hazy and thick, a chiffon shroud. I bent down to touch

the water as one always must. The shock of the cold

didn’t shock me so much. In the water

I felt nothing. I stepped back defeated.

How often does meeting our hero disappoint us? It was too late

to keep the creek a dream; with touch it became real. Three days

of losses. Three days of never getting that back. Once listed as

one of the most polluted waterways in America, but not

any longer. Had the creek been cleansed or had other rivers

become more polluted? There are multiple ways to lose the crown.

having to face how much of a disappointment I’ve been:

unbeliever, leftist, artist, seeking adventure. Had I been cleansed

or had other people become more polluted? Connoquenessing

means for a long way straight. I didn’t want the crown. I left it

there on the bank of the Connoquenessing. This time I would

father myself. This time I would pardon myself and I

pardoned myself: dropped my sin and went a long way straight. 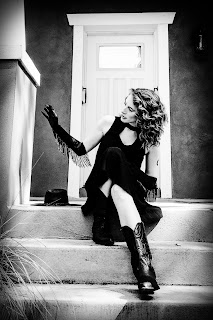 Shae Krispinsky lives in Tampa, FL, where she fronts the band, Navin Avenue, whose sound she describes as Southern Gothic 70s-arena indie rock with a pop Americana twist. Her fiction, creative nonfiction, and poetry have appeared in Connotation Press, Thought Catalog, The Dillydoun Review, Vending Machine Press, Sybil Journal and more. She is currently working on her band's second album and a novel.