I’ve heard old broadcasts
of Joan introducing Bobby,
her silky soaring voice
blending with his crackling
croak, seen a photograph
of him smoking a cigarette,
strumming a guitar, leaning
into the microphone, her
standing, a few steps behind
with her head bowed, hand
stroking the back of the voice
of my generation and I think
of your phone call, the night
after Christmas, asking to walk
in the falling snow, walking
all the way to my couch, my bed,
returning two nights a week
for nearly two years, how
you filled mixed tapes
with music new to my ears,
Neko Case, Josh Ritter, Ryan
Adams, artists I still buy tickets
to see, memorized my poems,
all the sad and sexy ones,
brought me a black and white
thick shake the afternoon
of the night your boyfriend
proposed, eventually moved
to Austin, gave birth to three
daughters and as far as I know,
never played Diamonds
and Rust on your cello for me
while I sit, try to write
poems that don’t always
say the exact same things. 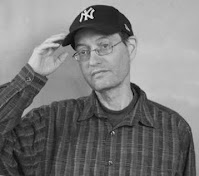 Tony Gloeggler is a life-long resident of NYC and managed group homes for the mentally challenged for over 40 years. His work has appeared in Rattle, New Ohio Review, Book Of Matches, Chiron Review, Nerve Cowboy. His most recent book, What Kind Of Man with NYQ Books, was a finalist for the 2021 Paterson Poetry Prize and long listed for Jacar Press' Julie Suk Award.