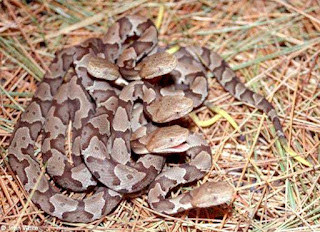 By Heather Sullivan March 15, 2019
My mother made herself the deer with a broken leg
We saw a deer through the pane into someone else’s yard. The leg moved like a tube sock pinned to the hip  and half filled with sticks. I did not like to see it suffer,
either. She was upset —my mother —that no one helped  the doe. Was it a mother, too? As if we were the first to observe the scene. We weren’t. All had been told to
let her be. My mother had suffered a destruction  of the self, a divorce, and no one cared. That wasn’t true.  We were grown, on our own. I agree it was hard. Yet
in those moments of a cold November day, we watched  a doe, disabled and enduring, walk across a yard and eat  a hedge. I wish she could have seen it like that.
Amy Holman is the author of the collection, Wrens Fly Through This Opened Window (Somondoco Press, 2010) and four chapbooks, including the prizewinning Wait for Me, I’m Gone (Dream Horse Press, 2005). Recent poems have been in or accepted by Blueline, concis, Gargoyle, The Westchester Revie…
2 comments
Read more

By Rusty Barnes June 01, 2019
I've had fiction and non-fiction reviews published in quite a few journals and have been a member of the National Book Critics Circle, when I could afford it. Therefore, I feel quasi-professional in those arenas. I don't necessarily feel that way about my poetry reviews. I have opinions, though, and in the interest of keeping my poetry-mind occupied during an otherwise stressful time in my life, I'd like to make you, the poetry world, an offer. If you mail me your chapbook or book--at least 24 pages but no more than 100 pages, self-published or traditional--I will post a review of between 150 and 300 words about it, as professionally as I can, in the following months. Promise. Mail me your book, get a review. Easy. If I get a huge response, I'll declare a cap and communicate it here. I would prefer to work from print copies. I hate reading poetry in PDF or MOBI--my preferred methods for prose--because the lines never break correctly and I find myself critiquing lineati…
Post a Comment
Read more

By Heather Sullivan December 12, 2016
No Mote
black swans i almost didnt see
but for their glowy beaks
red as sumac- they didnt match
the dark tones of lake, stuck out
like your lust for me while i read to
the children all cloistered- who could
hear me even from the colonnade,
all hickory and hops-vine, where
i saw you watch me from inside
a white willow tree.

mergansers with their heads trailing
swam among dead stakes of lotus.
that belted kingfisher bode us a
good day, and returned the
children to their cages below bald
cypress knees so naked i had
to look away.

you willowed no longer, i took leaf to mean wing, and feather to mean ivy. i took a shaded path back
to the armory. it got hot and thick
and i could breathe more heavily,
rapt on high, no mote of hope.

Bree is a poet and visual artist living in Pleasureville, KY. Her Green Panda Press has put out hand-made chapbooks, anthologies and sundry of the very small art and poetry press since 2001. In 2015 she began Least Bittern Books out of Henry County, KY with a focus on poetry paperbacks b…
2 comments
Read more