By Heather Sullivan January 08, 2021
The Prettiest Girl in Toledo, Ohio
used to wear a purple sweater
& buy drinks at the bar
with her father's texas oil money
she had hair on her neck
that she had to get removed by laser
every other thursday
or else she would look
like a delicate werewolf
to her the whole city
felt like a slab of glass
a pitcher of clammy beer
& she would drink just enough
to feel beautiful
& ugly again
in the same night
The Prettiest Girl in Greensburg, Pennsylvania
for gennifer payne
reads poetry & carries a skateboard
while walking past the train station
she has fiery red hair
& thinks the world ended in 1994
& who are you
to say that it didn't.
Kathy McDougal's Boyfriend
says he won't wear a face mask
because he just can't live in fear
someone once said live free or die
that's where we're lucky
now we can do both. 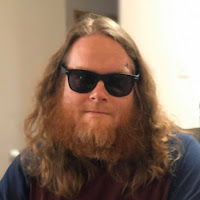 John Dorsey lived for several years in Toledo, Ohio. He is the author of several collections of poetry, including Teaching the Dead to Sing: The Outlaw's Prayer (Rose of Sharon Press, 2006), Sodomy is a City in New Jersey (American Mettle Books, 2010), Tombstone Factory, (Epic Rites Press, 2013), Appalachian Frankenstein (GTK Press, 2015) Being the Fire (Tangerine Press, 2016) and Shoot the Messenger (Red Flag Press, 2017) and Your Daughter's Country (Blue Horse Press, 2019). His work has been nominated for the Pushcart Prize, Best of the Net, and the Stanley Hanks Memorial Poetry Prize. He was the winner of the 2019 Terri Award given out at the Poetry Rendezvous. He may be reached at archerevans@yahoo.com.